After 2000, in fashion there were permanent changes. They touched on the structure of fashion, transforming the principles of education trends and the impact on the perception of style. In the beginning there was zero organizing and strategic balance of power of key players of modern fashion industry. Along with the already proven and have achieved some success in the 80's and 90's, designers such as Marc Jacobs, John Galliano, Giorgio Armani, Roberto Cavalli, and Jean-Paul Gaultier - a whole series of designers who define the trend of the whole decades, as well as identify trends in a decade. Appeared brand Viktor & Rolf, Alber Elbaz has resulted in Lanvin, Christopher Bailey at Burberry, where he created a fashion line Burberry Prorsum. Phoebe Philo has changed Stella McCartney and until 2006 was the creative director of Chloe. Resigned as creative director Alexander McQueen: focus on your brand, and each of its shows are of particular admiration and amazement. Nicolas Geskera, which initially reacted with disbelief Balenciaga in 2001, newspapers had already proclaimed a "new mission". 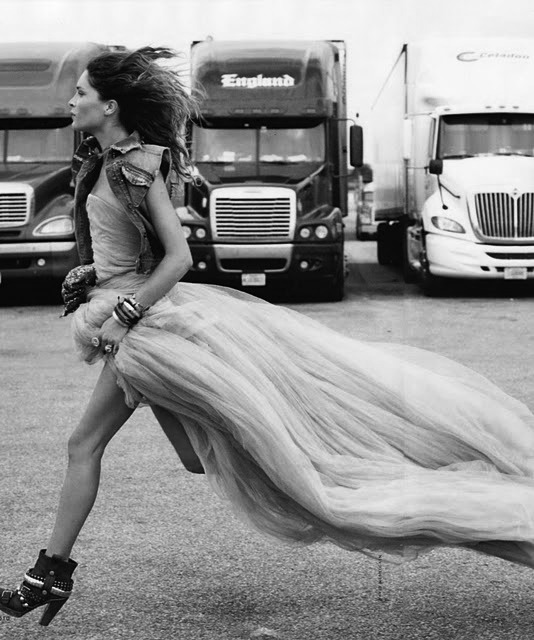 For ten years, lists of participants Fashion Weeks major capitals of the world were replenished with fresh brands and names: Proenza Schouler. Rodarte. Ricardo Tishi came to Givenchy, Alexander Wang and Christopher Kane and Marios Schwab established their own brands, and quickly achieved success.
However, among the stream of positive changes and news, there are pesky losses. The fashion world has lost Yves Saint Laurent, Gianfranco Ferre, left his post as Valentino Garavani. Bankrupt, Christian Lacroix, Luella Bartley, Escada and others sounding the company. 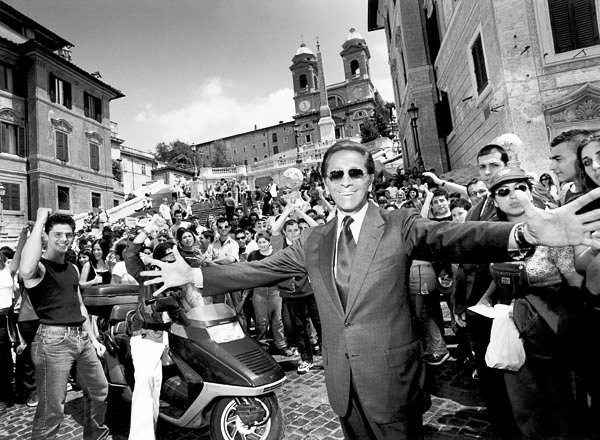 Russian fashion industry in this decade has achieved respect in the world capitals of fashion. Big surge of love for fashion in Russia has enabled many designers to show their creativity. The main designers of the decade can be called Valentin Yudashkin, Alain Akhmadullin, Tatiana Parfenova, Cyril Gasilin, Dasha Gauzer, Oleg Biryukov, Dmitry Loginov, Anastasia Pogudina, Alexandra Arngoldt, Igor Chapurin, etc. Become more professional fashion week held in the regions and capitals, can be called a major Russian Fashion Week and Aurora Fashion Week.Takzhe should say it in this decade, especially in the second half, the Russian fashion should be grateful for the work of fashion historian Alexander Vasilyev. 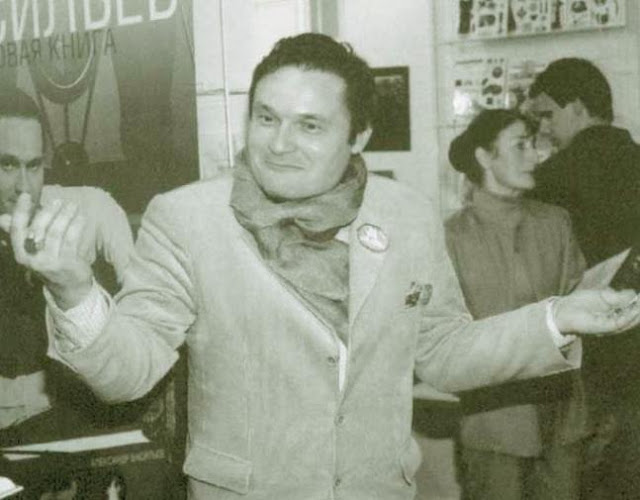 Among the major trends, the maximum attention in the first decade of the XXI century drew last century: the designers drew inspiration from the 20's ending the 90-ies. Olivier deputy editor in chief Purle, made this one of his interviews: "The fashion industry is a huge copier. Anything, whether savage or costume work to be copied without end. And the question is not at all what you have done so too - the question is how and what you kopiruesh and how to combine everything. " Talented designers skillfully use these, thus creating new objects of desire. The greatest achievement of the decade can be regarded as abandonment of the desire to show a tag with the name, total look recedes before the desire to create a unique image. Now the layers mods combine the fruits of designer fantasies with things without family and tribe. 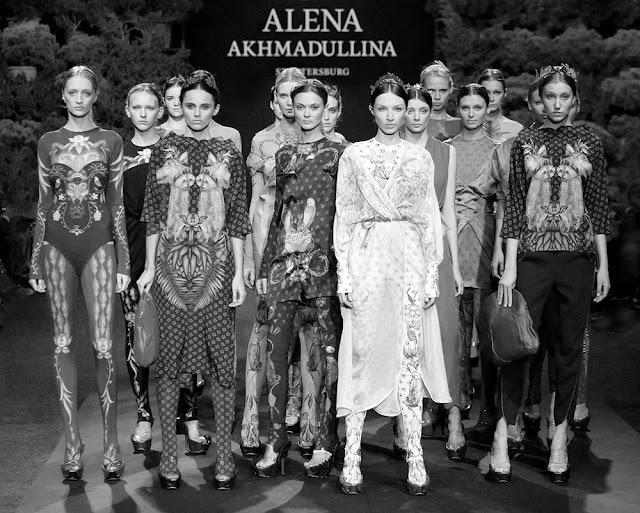 Once in 2006, died of anorexia-known model Ana Carolina Reston, began a review of "standards" of beauty and on the catwalks, and on the covers of Vogue (eg, Lara Stone, in December 2009) increasingly began to appear a model with a size different from zero. 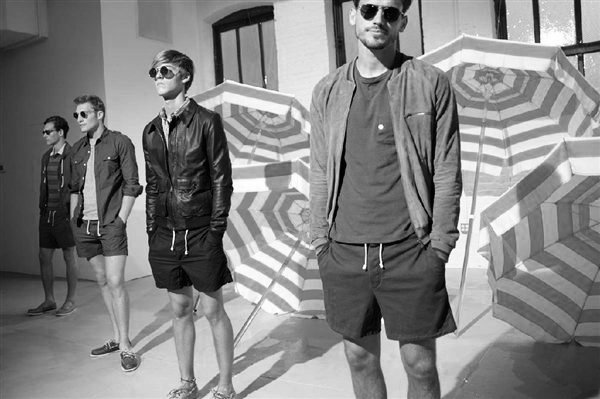 The period 2000-2010 was an incredibly rich in all kinds of innovations that radically change the course of world fashion and fashion-industry systems. Integration with the media-sphere, the processes of virtualization PR and sales, changes standards of beauty - only a few events that began in the last decade. 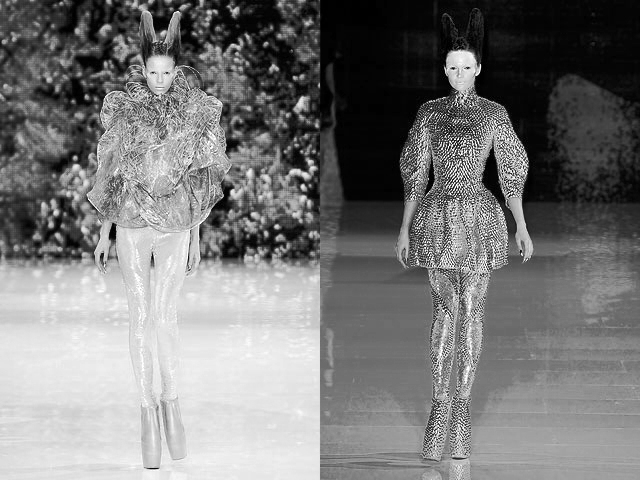 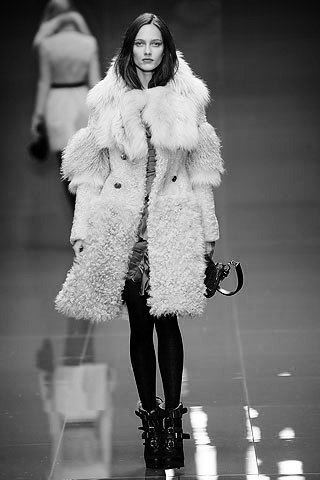 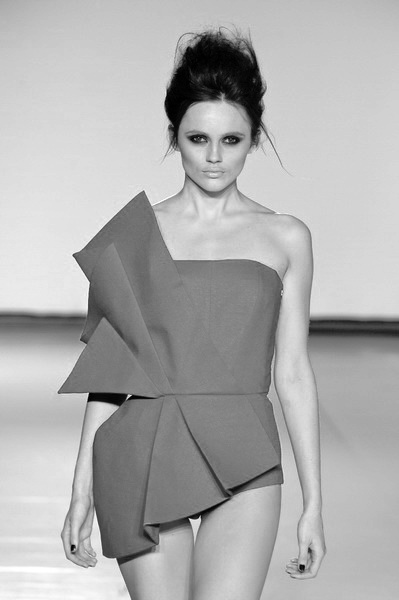 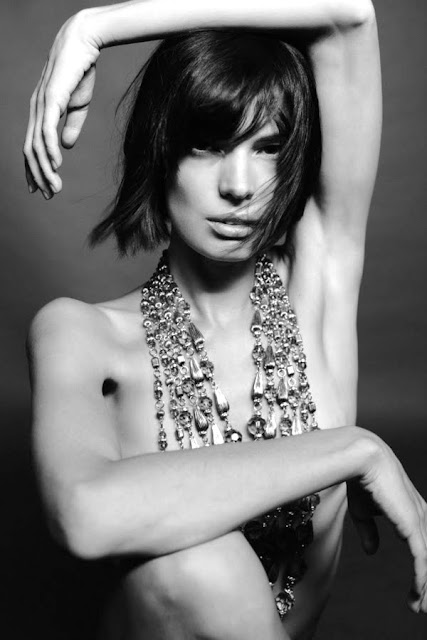 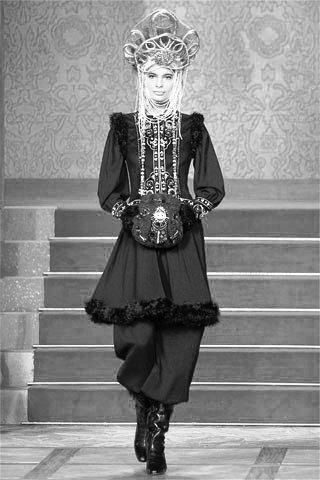 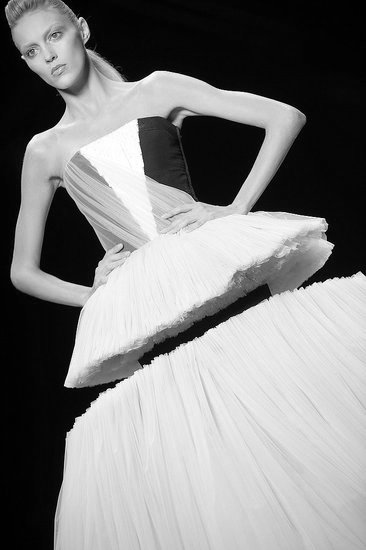 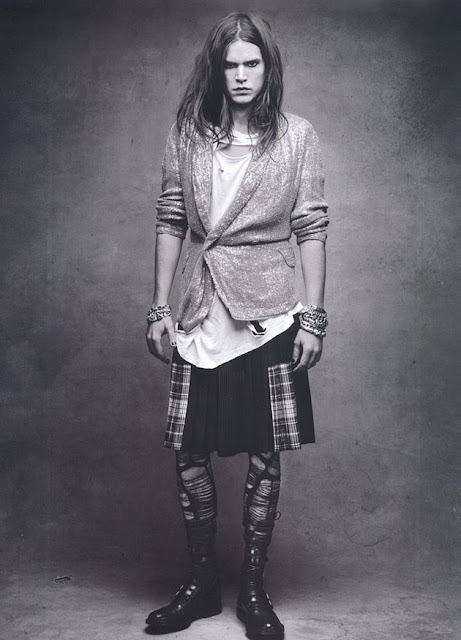 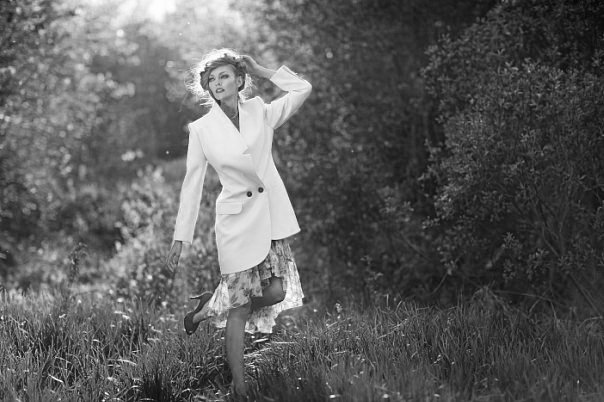 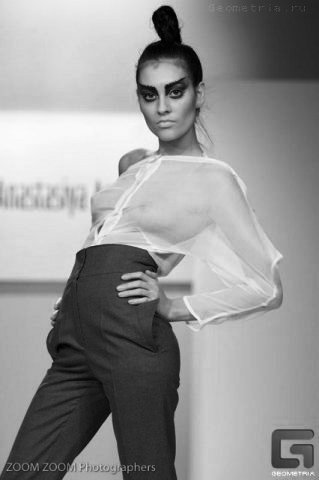 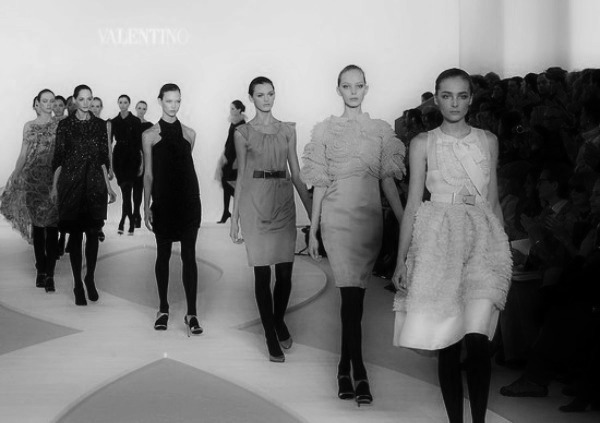