Alexander Terekhov was born in Vyazniki Vladimir Oblast (Russia). His professional education was a fashion designer at the Institute of Fashion and Design with a degree in costume design, and successfully graduated in 2001. In 1999 he won second place in the contest "Russian Silhouette" with a collection of "Twilight" and was sent for training in the company «Yves Saint Laurent». 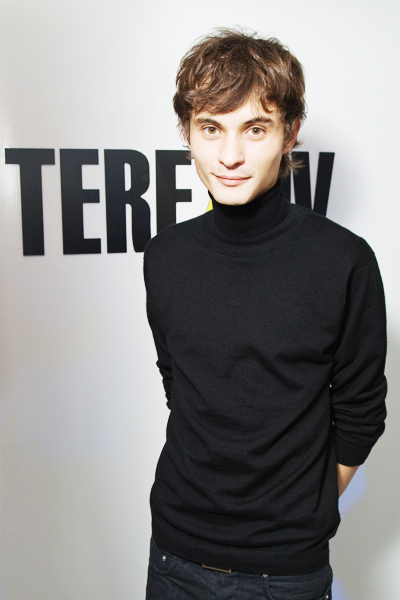 Alexander's debut collection was first presented as part of Fashion Week in Moscow. Then he held his second show at Olimpus Fashion Week in New York and opened his first boutique brand «TEREXOV» in Los Angeles. 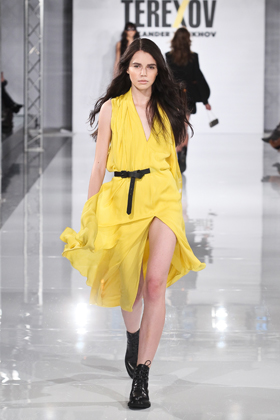 In 2002, the designer created a series of suits singer Alsou for concerts from the series "The Trilogy". In addition, the designer later designed costumes for groups «Reflex» and "Cream." In 2003, the designer held a solo exhibition of his sketches. 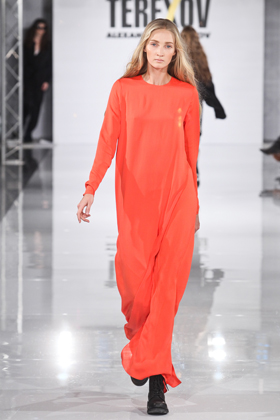 Only in 2007, the fashion designer opened his first boutique in Moscow. Since 2009, the model Terekhova were sold in the showroom Tutti Frutti in Milan. 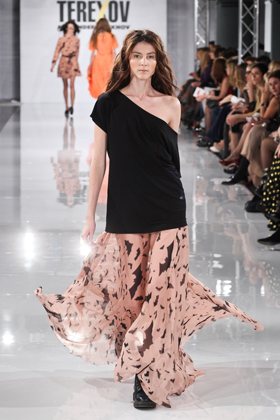 On the occasion of the Year of France in Russian fashion designer Alexander Terekhov presented his own booth with a pre-spring-summer 2011 at the annual exhibition PRET A PORTER PARIS ®, held from 4 to 7 September in the exhibition space of the Porte de Versailles in Paris. At the moment, Alexander is the only Russian designer seasonally presenting their new collections in the New York Fashion Week. Talent Terekhova was repeatedly reinforced by the successful sale of its products worldwide. The best-known admirers of his talent are Petrina Khashoggi (Petrina Khashoggi) and Angelina Jolie (Angelina Jolie), who have repeatedly appeared at various events in dresses, created by Alexander Terekhov. 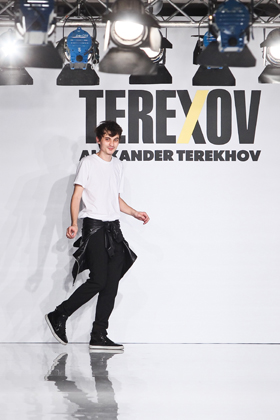